Parshat Tzav - The Bush That Burns Yet Is Not Consumed

In Tzav’s six opening verses, the Torah sets down the laws about the elevation offering brought by the cohanim each morning on the Tabernacle and Temple altars. Over a span of only six verses, the
word fire occurs four times and the admonition not to let the fire on the altar be extinguished is repeated twice. Kabbalah and Chassidut teach that the Temple service is, among other things, a paradigm for each person’s quest to come nearer to God and find one’s purpose and the rectification one need’s to undergo in this world. Therefore it behooves us to look deeper into the symbol of the fire on the altar to glean constructive teachings for life.

In general the perpetual fire on the altar represents the obligation to continuously serve God and be constantly aware of His Presence and existence. Whether at work or at play, during the week or on Shabbat and holidays, whether feeling elevated or dejected, the service of God as defined by the Torah never ceases. Every situation in life affords the opportunity to experience God, perform mitzvot, and bring light, healing, and rectification to ourselves and the world.
On a deeper level fire represents the soul’s longing to flame upwards and express its passionate desire to be unified with God. Fire symbolizes an exuberant love of life and the yearning to serve God. When Rabbi Shlomo Carlebach was in the midst of teaching a class, leading a prayer service, or performing at a concert and he felt that the congregation or audience lacked enthusiasm, he would stop and plead with everyone by yelling out: “More fire!! More fire!!”  This usually did the trick by “upping the voltage” and breaking the spell of complacency.

The idea of fire is also intimately connected to joy (simchah), which in Hebrew begins with the letter shin, the letter symbolizing fire. The Hebrew word for fire (aish) is comprised of the letters alef and shin. In the book of Deuteronomy (28:47), the Torah warns the Jewish people that future exiles would occur because “you did not serve Your God with joy.” The Arizal explained this verse quite literally, on both national and individual terms. This was precisely the point the Ba’al Shem Tov stressed repeatedly when he advocated the importance of inspiration in prayer, learning, the performance of mitzvot, and living one’s life in general.

A man once came to his rebbe and told him how sad and depressed he was because a whole series of things were wrong with his life. The rebbe, who knew him well, explained to him that the opposite was true: because he was always so sad and depressed, everything was going wrong!

Not only is joy necessary to channel the fire of the soul to “serve God with gladness” (Psalms 100:2), fire is also associated with holiness. The Hebrew word for holy (kadosh) is a combination of two words yikod aish, which means “ignited fire.”

On Yom Kippur, the holiest day of the year, the High Priest would enter the Holy of Holies with a pan of burning coals on which he would burn incense. The Holy of Holies represents the human soul’s innermost spark of holiness, where the soul is afire with love for God.

God first appeared to Moses in a burning bush that was not consumed by the flames. This powerful image embodies the secret of how to enthusiastically serve God and energetically pursue one’s purpose in life without “burning out,” as happens to so many people. Learning how to renew one’s zeal for life on a daily basis is one of Chassidut’s fundamental lessons. Without this renewal most people, at best, slide into a comfort zone of complacency and, at worst, stagnate.

When Shneur Zalman of Liadi, the founder of the Chabad movement, first came to his teacher, the Maggid of Mezrich, he was new to the Chassidic way of life and its teachings. The Maggid, who saw enormous potential in his young student, once called him into his private study and intently repeated the following verse from our portion ten times: “A perpetual fire shall remain aflame on the altar; it shall not be extinguished” (Leviticus 6:5). He explained that the words “lo yichbeh” (it shall not be extinguished) could also be read as “the no [symbol of all negativity] shall be extinguished.” He continued to explain that Chassidut and its deep teachings fan the soul’s natural tendency to ignite with a passionate love for God. As this fire burns, it “extinguishes” all the negative influences trying to derail the drive for holiness and the burning desire to be nearer to God.

As people attempt to build their inner altars where the fires of holiness and joy burn continually, they should remember the teachings of this portion and be inspired to fan the innermost sparks of their souls until they become flaming bushes that burn yet are not consumed.

Posted by TheTrugmans at 1:51 AM No comments:

Reb Shlomo and the Power of Love

Posted by TheTrugmans at 1:27 AM No comments: 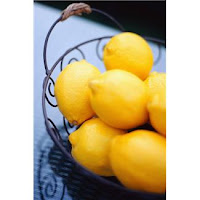 This is a recipe that I only make for Pesach and I don’t know why, because it’s so delish. Maybe it’s the extra steps like double boilers and egg separating that puts me off when I’m cooking for our usual Ohr Chadash hordes. However, this year I’m super motivated to make a few of these Lemon Meringue Pies because we have our first real crop of homegrown organic lemons. We’ve tried to grow them before but as we say in Yiddish “geit nisht” loosely translated – “it just doesn’t go”. The trees either got attacked by flighty aphids or persistent voles – mole cousins, or funky weather. But this year it’s a Bumper Crop! So enjoy preparing a yummy pie and be sure to come over for some tea and leftovers after the Seder. PS This recipe is greatly improved by grandchildren helping to squeeze out every drop of juice and practicing the chanting of the “Mah Nishtana” in the kitchen while it bakes. 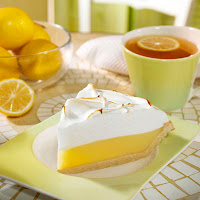 Prepare a pie crust with 1-1/2 C ground nuts (optionally substitute ½ C matzo meal) a pinch of salt, another pinch or cinnamon, 1/3 C walnut or other oil and enough ice water to make a dough that can be pressed into a pie pan.
Slowly cook in a double boiler 7/8 C sugar with 3 whole eggs 1/3 C lemon juice 1T lemon peel grated until the mixture coats a spoon then pour into the pie crust and bake till bubbly about 30 minutes at 350

While baking prepare meringue by whipping 3 egg whites with ¼ C sugar until stiff but not dry peaks form. Heap onto baked crust and filling and bake another 10 minutes till meringue is brown on top and have a “Zissen Pesach” as my mom of blessed memory would always say in Mama Lushen, Yiddish for Mother Tongue. PS I’m the big sister in this homey picture.

Posted by TheTrugmans at 1:18 AM No comments:

In innocence and fun
we put on masks,
so that we may reveal
who we really are.

Who would know?
Who could tell
that hiddenness reveals
that which revelation
has not yet shown;
where layers of veils
cannot hide
that which desires to be known.

And now,
as the rejoicing begins,
I become drunk
on God (and a lot of wine)
a fine time
to face oneself
eye to eye,
one on one,
in the mirror
of time -
which has now flown
away.

Staring for a moment
into the abyss
and the void -
and
then,
over the bridge
a bird
circles
slowly above.
Lifting my eyes:
and soon
I am
on
the other side...

May we all have a joyous Purim and wonderfully peaceful Shabbat!
Posted by TheTrugmans at 9:24 PM No comments:

A Message to the Prime Minister of Israel


To the Honorable Prime Minister of Israel: Shalom u’vracha! We bless you with great success in your upcoming meeting with the President of the United States. The Alter Rebbe, the founder of the Chabad movement taught that we must “live with the times.” By this he meant that we should look into the weekly Torah portion and/or the closest upcoming holiday to receive insight into our own lives.

You are meeting with the President just a few days before Purim. The story of Purim happened in Persia which today is Iran. As is known Iran speaks about destroying Israel every chance it can, similar to the designs of Haman. In many ways the story of Purim is happening again in our own time and the genocidal tendencies are all too similar.

When Mordecai learns of Haman’s wicked designs he sends a message to Esther to go to the king and plead for the Jews. Esther tells him she cannot go to the king as she has not been invited. Mordecai answers: If you do not plead for the Jews salvation will come from another place but you will lose your chance to be the conduit of redemption…. Esther is convinced and of course salvation does come.

Mr. Prime Minister – the great weight of the Jewish people is upon your shoulders as you are probably most aware. We bless you with all our hearts to be able to say to the American President: We hope you will stand shoulder to shoulder with us but if not salvation will come from another place but you will be the biggest loser.

We bless you with strength and faith that salvation will come from another place, from the One who has always stood with us.