The Dance of White Fire

An excerpt from Orchard of Delights

After the yearly Torah reading cycle is completed on the morning of Simchat Torah, we immediately begin the cycle again by reading the beginning of Bereishit, recounting the creation of the world. This practice connects the end of the Torah with its beginning, as discussed in the previous section. This ceremonial completion and immediate new beginning takes place following fourteen circuits of joyous dancing and singing with the Torah: seven of which occur Simchat Torah night and seven which occur on Simchat Torah morning. While the Torah scroll is rolled from its end to its beginning (or a second Torah scroll is readied for use), we find ourselves in a very unique situation, a sort of spiritual no man’s land, suspended somewhere between the end and the beginning. Although it only takes a few minutes to roll or ready the Torah scroll for use, symbolically speaking, these moments reflect an emotion that Simchat Torah is imbued with – a sense of anticipation. For during the entire three week period since Rosh Hashanah we have been living in suspended animation, waiting for the new year to finally show its true face. Since this will finally happen on the day after Simchat Torah – at the end of the holiday season – we are now ready to conclude the Torah and begin reading it again.
The Midrash teaches that the letters of the Torah are like black fire engraved on parchment that is analogous to white fire (Yalkut Shimoni, Yitro 280). To understand even a small part of the wisdom encoded in the black fire takes a life time; the wisdom engraved in the white fire is at present beyond human comprehension. On Simchat Torah we do not emphasize studying Torah. Instead we dance on the white fire as if all is an open book waiting to be revealed. This dancing connects us in a most profound way to the Torah as an Orchard of Delights.
The sense of suspended animation we are in is symbolized by our dancing for hours in circles with the Torah scrolls; this, in turn, recalls the verse from Job (26:6): “He hangs the world on nothingness.” The numerical value of the Hebrew letters in this phrase is 913, the same as the numerical value of the Torah’s first word, “bereishit” (“in the beginning”). Dancing at the beginning of a year full of promise, we are imbued with joy, trust, and faith in what the new year will bring to us as individuals and as Jews. Although the script of the Torah is written and God has rendered and sealed our judgments for the upcoming year, Judaism firmly believes that in some sense the script is still blank as we all continue to write our own script every day of the year. Paradoxically, far from being closed books, our lives are open to change; we still have the ability to determine much of what we will experience in the upcoming year. This realization brings with it great joy and power, as we symbolically roll the Torah back to Bereishit and acknowledge our ability to choose to begin again.
The Talmud states that everything goes after the sealing (Berachot 12a). The manner in which we conclude any journey in life affects how we will remember it and how it will impact on our lives. Therefore, the Sages decided that we should conclude the yearly reading of the Torah and the High Holiday season with great joy and celebration, so that this energy would remain with us and carry over into the new year.
At one of the most climatic moments during the Rosh Hashanah and Yom Kippur prayers, we declare that repentance, prayer, and charity have the power to nullify negative decrees. Immediately following the Ten Days of Repentance, the joyous holidays of Sukkot and Simchat Torah teach us that joy also has the power to nullify negative decrees, wiping the slate clean, and allowing a truly new year to begin.
Posted by TheTrugmans at 11:04 PM No comments:

One of my neighbors told me her family didn’t like Tzimmes - a traditional sweet dish served at this season. Tzimmes in Yiddish means “a big deal” but this recipe is no big deal it’s actually easier than pie. She asked me if I had a twist on the old classic. This recipe was such a hit I just had to post it on our Ohr Chadash Blog! 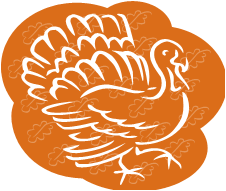 Put a package of red turkey chunks (found in the frozen meat section of your local store - in Hebrew הודו אדום on top of some sliced onions and fill the pot with water up to half the height of the meat. Sprinkle on top some onion soup powder,sweet paprika and black pepper and let it steam on a very low fire for about an hour. Then add chunks of those wonderful vitamin A rich veggies such as pumpkin, carrots, butternut squash and sweet potatoes and a generous handful of pitted prunes and there it is. Let it all steam until tender. Add a tablespoon of honey a pinch of cinnamon a dash of Allspice known locally as English pepper פלפל אנגלי  (I guess the Middle Eastern pepper temperature tolerance is fiery hot as compared to the mild mannered and not so spicy Anglo). The sweet potatoes should break down and make delightful gravy; the meat should be so tender it just falls apart.

Posted by TheTrugmans at 4:10 PM No comments:

Yom Kippur and the Four Letter Name of God

As part of the religious decorations in many synagogues around the world there is found the following verse from Psalms ( 16:8 ): “I put God before me at all times.” In Kabbalah this verse is interpreted to mean that the essential four letter name of God appears in the form and process of every aspect of reality and is used as a model through which we understand the Divine, as it manifests itself in all areas of life.
For example, the four letters of God’s name - yod, heh, and vav, heh - form the words we use in Hebrew for the passage of time: past (heh, yod, heh,) present (heh, vav, heh) and future (yod, heh, yod, heh.) The aspect of time when added to the three coordinates of space make up the four dimensions of perceptible reality as taught by Einstein. Many other aspects of time, space and material reality are based on the number four as well, such as the four seasons (autumn, winter, spring and summer,) the four cardinal directions (north, south, east and west), the four basic elements (fire, earth, water and air), the four basic forces of the universe (gravity, electromagnetic, the strong nuclear force and the weak nuclear force,) the four states of matter (solid, liquid, gas and active combustion) the four aspects of creation (inanimate, vegetable, animal and human) etc…
In addition to the physical universe, the four letters of God’s name manifest throughout the spiritual worlds as well. In Kabbalah we are taught that there are four worlds encompassing all levels of created reality, from the spiritual to the physical: Atzilut - the world of emanation; Briah - the world of creation; Yetzirah - the world of formation and Assiyah - the world of action.
A beautiful allusion to the four letters of God’s name is found in four major components of the holiday of Yom Kippur. The yod, the first letter of God’s name, numerically equals ten, corresponding to the date of Yom Kippur, the tenth of Tishrei, and the culmination of the ten days of repentance. An additional correspondence relates to Moses bringing down from the second tablets of the law with the ten commandments on Yom Kippur.
The first heh of God’s name numerically equals five, corresponding to the five prayer services of Yom Kippur. We pray three prayer services daily and four times on Shabbat and holidays. The only time of the year we pray five prayer services is on Yom Kippur. This further relates to the five levels of soul (nefesh, ruach, neshama, chaya and yechida,) of which the fifth one, yechida, the super-conscious level of soul, is more accessible on Yom Kippur than any other time of the year.
The third letter of God’s name, the vav, numerically equals six, corresponding to the six divisions of the Torah reading of the day. This is also an unique aspect of Yom Kippur, as it is the only time of the year there is such a division. The number six in Kabbalah relates to the six cardinal emotional characteristics within a person. On Yom Kippur we attempt to rectify and seek forgiveness, especially for the mistakes and shortcomings we have in these areas of our lives. The letter vav in Kabbalah also symbolizes sexual energy. This is reflected by the fact that the Torah reading of the afternoon service of Yom Kippur deals exclusively with this topic.
The final letter in God’s four letter name, the final heh, numerically equals five, corresponding to the five prohibitions of the day: eating and drinking, bathing, anointing with oil, wearing leather shoes and marital relations.
The above example is but one of an almost infinite number of ways we can see the four letter name of God reflected in creation. The more we learn of these correspondences, the more we come to appreciate the deeper meaning of “I place God before me at all times.”
Posted by TheTrugmans at 11:19 PM No comments: